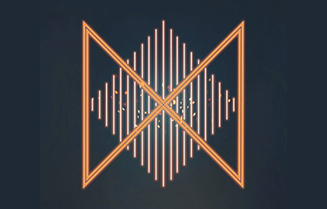 Founded in 2011, Illuminations are Exeter’s contemporary mixed a cappella group and are a staple part of the University’s prestigious a cappella scene over recent years. We have achieved five consecutive ICCA appearances, including reaching the UK finals in 2017 and just before Covid in 2020, appearing on Sky 1's Sing: Ultimate A Cappella as well as having four sellout runs at the Edinburgh Fringe Festival!

Illuminations have now released two EP's, "Illuminations" and "Ignite", with our third "from the ashes" on its way! If you want to check us out all the songs can be found on Spotify and other streaming platforms. We have released two successful music videos, "The Sound of Silence" which has amassed over 32k views across YouTube and Facebook, and "Genghis Khan/Sugar" in 2019. Illuminations' eclectic repertoire includes songs ranging from Anne-marie to Biffy Clyro to our own original music!

This year, we will continue to compete at an international level in Varsity Vocals' virtual ICCA, return to Edinburgh Fringe and hope to put on a range of shows in and around Exeter once including a showcase show at the Barnfield at the end of term three. We are aware that this year might be run slightly differently to normal due to COVID-19 so we are working hard on planning, but we still have big aspirations for 2021/22!