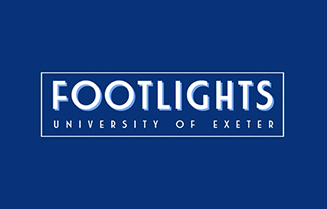 Footlights perform two annual show-stopping productions; one at the Exeter Northcott Theatre each January and another in Term 3.

Our next full show, Legally Blonde, will be performed at Kay House in May 2022!

- The Phantom of the Opera and The Addams Family in 2016

A great way to be involved with the society throughout the year is through Spotlights Show Choir, Exeter's only musical theatre show choir, performing hits from a range of musicals. We perform in two Exeter venues, and then tour to the Edinburgh Festival Fringe! Our show, 'A Night at the Musicals' has sold out at the Fringe festival for 3 years running!

All our members can also get involved in our weekly Fitlights class that combines all the joy of musical theatre with the advantages of fitness sessions and dance training: fun, firendly and beneficial!

Becoming a member of Footlights provides opportunities to be involved in the cast, band, production, stage and technical teams of our shows, as well as stash, socials throughout the year and being part of the biggest musical theatre society on campus!